Available only in our Vermont location, Performance Analysis uses interval assessments in combination with computer technology to improve your efficiency and speed through positioning.  It is designed for the rider with a solid established TT/Tri position who wants to work on details to assess aerodynamics and sustainable power production in even greater depth than our standard fittings.

Your efficiency and speed on a bicycle is determined by four main variables: power, oxygen transfer, technique and aerodynamics. You don’t want to just maximize one at the expense of the others. Instead, you want to find the right balance. Performance Analysis is an exclusive step-by-step protocol that we’ve developed that uses computer software and the Size Cycle to analyze all four variables simultaneously.

A) Power. Compared to many things, humans do not put out much power, so it is really important that we maximize the small amount that we have. We measure power in watts. For example, if you average 180 watts of power while riding, you put out enough power to light three 60 watt light bulbs. If we are able to increase your power by 20 watts, you will be able to light up 3 1/3 light bulbs. That extra third of a light bulb is over 10% more power – a notable increase. By testing you in a controlled environment, and making position changes with the Size Cycle, we will build the position where your sustainable power output is maximized.

B) Oxygen Transfer. Breathing directly relates to power output and endurance (not to mention the ability to make good decisions). By using a protocol that analyzes your heartrate, we can see how changes in position effect your ability to breathe efficiently.

A Note on Lactate: Some coaches and fitters use lactate testing in their fitting procedures. We do not use lactate testing in our protocols. After speaking with numerous exercise kinesiologists and researching how lactate testing works, we determined that lactate testing can actually be less accurate for the type of testing we perform as it really only gives feedback at a given point in the test (when the blood is actually drawn). Lactate testing has not proven to be particularly accurate when performed by basic/affordable testing equipment, and does not give insight into how effort varies during the rest of the testing session – an important variable. For these reasons, we have chosen to continue to use heart rate.

C) Technique. The biomechanics and position of your limbs in relation to each other are very influential on your efficiency and endurance while riding. We look at fundamental angles, as well as graphically analyzing your spin and torque, to arrive at a position that encourages maximum  muscle recruitment efficiency.

D) Aerodynamics. The vast majority of your energy (power) is used to overcome the air resistance created by your body and equipment. Aerodynamics in cycling is effected by two main items: frontal surface area and shape.  Current motion capture technology allows us to look at the aerodynamics of your shape in detail with you and we also can do frontal surface area analysis calculations as well (additional fee).

Digital Aerodynamics Analysis: We have advanced surface area analysis software that we use to turn digital imagery, taken in a controlled environment (like a Performance Analysis session), into accurate frontal surface area numbers. You will receive your frontal surface area results as well as a virtual race scenario comparison of your existing position and the aerodynamically optimized position. Price $350.

Call or contact VT for more information or an appointment. 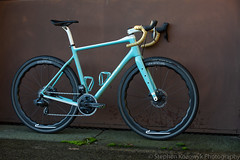 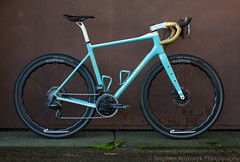 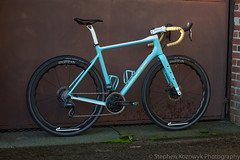 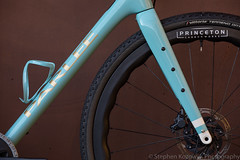 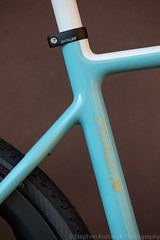